It is time for raspberry!

Consumer test in Trentino, Italy, organized by Sant’Orsola and CNR-IBE

After the successful consumer test on blueberry conducted in July 2022, the BreedingValue partners Sant'Orsola and CNR-IBE, organized a test on seven raspberry genotypes, on September 20th, 2022.

The consumers, gladly participated in the test and followed the guidelines provided by the organizers. The test begun at 11 a.m., with the last participants leaving the test site after 6 p.m. Seventy-five consumers completed the whole test, comprising a hedonic evaluation of eating quality, an indication on presence and relative intensity of key sensory attributes, followed by a detailed visual evaluation of fruits appearance, including appreciation of color, size and shape.

The test samples were placed in plastic vessels (labeled with 3-digit codes), and the consumers were requested to evaluate them following a precise (randomized) order. At the beginning of the test the participants received a tablet, equipped with a software providing the sequence test questions, and that recorded the data. The test participants used the tablet at the desk when eating and in front of samples when performing the visual evaluation.

Data elaboration indicated clear differences among tested raspberry genotypes. The data will be studied in depth to investigate consumer preference drivers. Following the protocol already applied in the consumer blueberry test in July, the consumer raspberry test was followed by a panel Descriptive Analysis executed by a CNR-IBE trained panel in the Bologna laboratory. The day after the consumer test, September 21st, IBE panelists executed a detailed sensory analysis, providing for each genotype a profile, based on the relative intensity of aroma, taste and texture attributes. 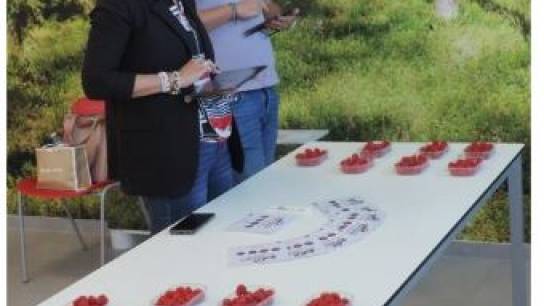 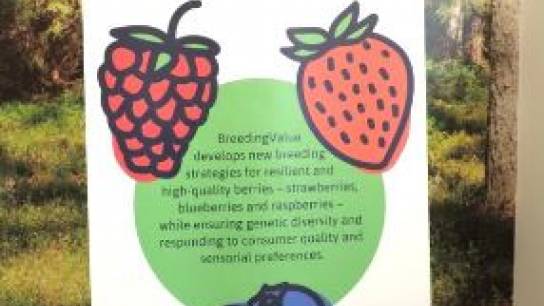 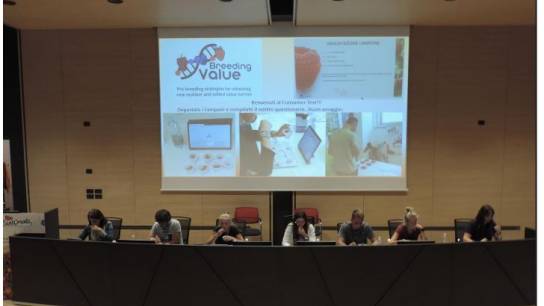